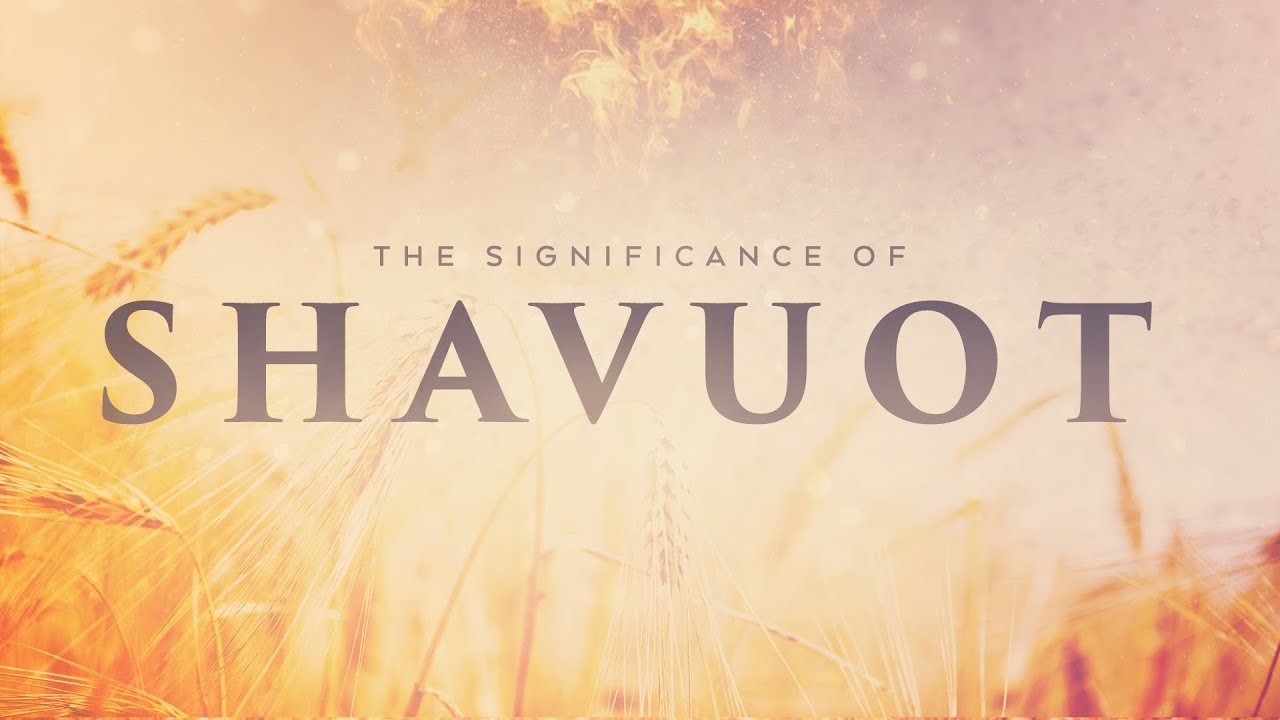 What is the Feast of Weeks (a.k.a. Shavuot or Pentecost)?

The Feast of Weeks (Hebrew: Shavuot; Greek: Pentecost) is the fourth of seven annual appointed times which God in His word has commanded His assembly/congregation to keep. Shavuot, like most of the other six feasts, is an annual Sabbath day (a.k.a. High Sabbath). Shavuot is the only one of the seven appointed times which occurs in or near the summer.

END_OF_DOCUMENT_TOKEN_TO_BE_REPLACED

WordPress.com is excited to announce our newest offering: a course just for beginning bloggers where you’ll learn everything you need to know about blogging from the most trusted experts in the industry. We have helped millions of blogs get up and running, we know what works, and we want you to to know everything we know. This course provides all the fundamental skills and inspiration you need to get your blog started, an interactive community forum, and content updated annually. 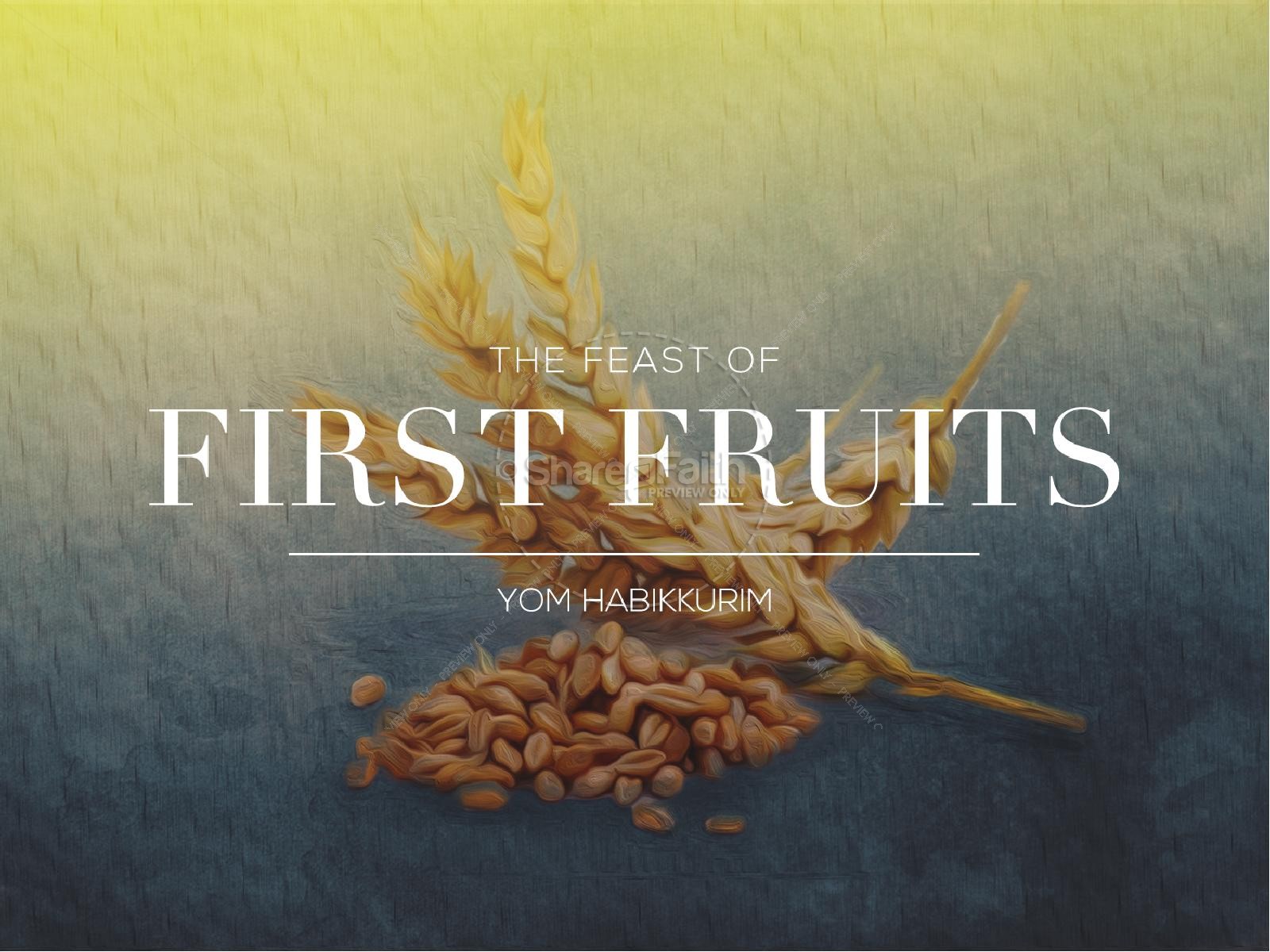 What is the Feast of Firstfruits (Yom Habikkurim a.k.a. Reishit Katzir)?

The Feast of First Fruits (Hebrew: Yom Habikkurim) is the third of seven annual appointed times which God has commanded His congregation to keep. Firstfruits, unlike most of the other feasts days is not an annual Sabbath (a.k.a. High Sabbath).

END_OF_DOCUMENT_TOKEN_TO_BE_REPLACED 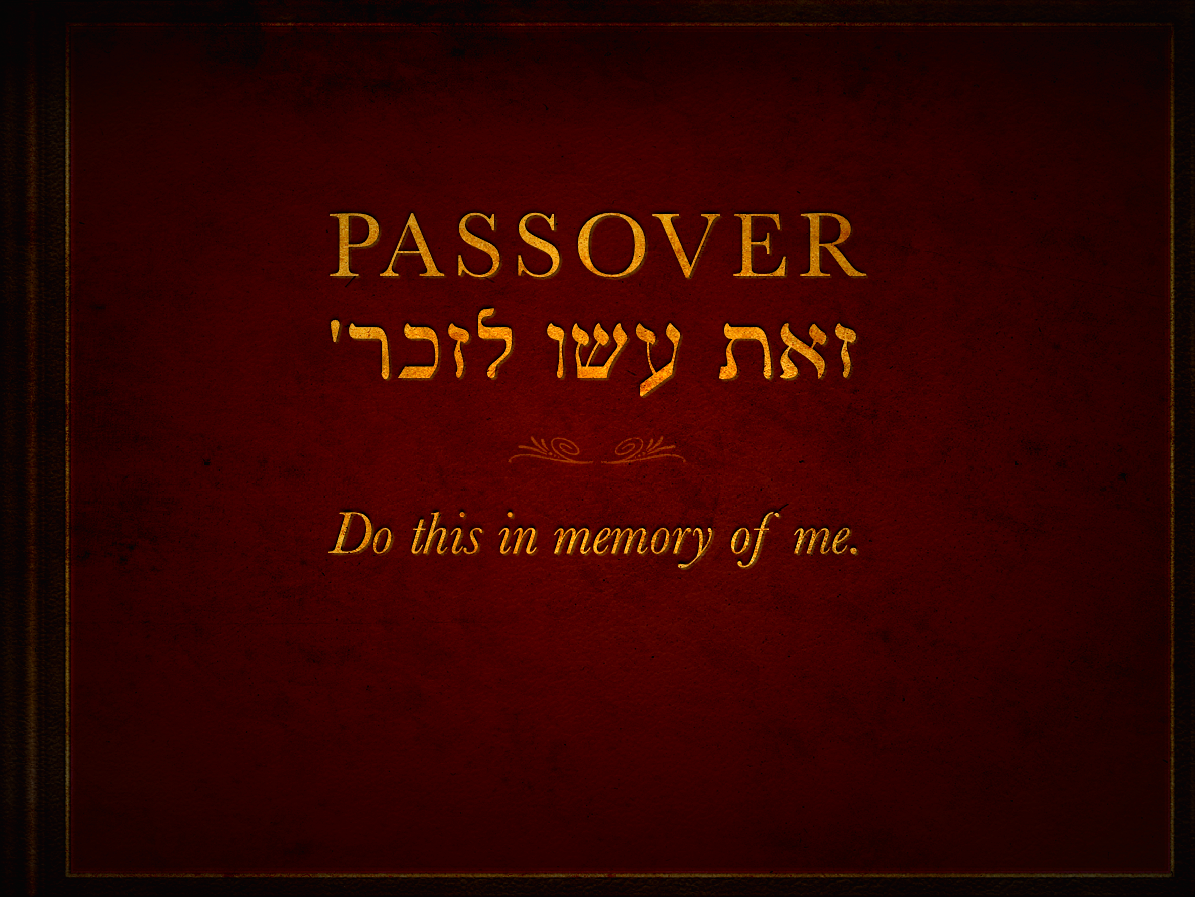 END_OF_DOCUMENT_TOKEN_TO_BE_REPLACED

Some Things To Think About

What is the Day of Atonement (a.k.a. Yom Kippur)?

The Day of Atonement (Hebrew: Yom Kippur) is one of seven annual Sabbath days which God commanded His congregation to keep.

What is the Feast of Trumpets (a.k.a. Yom Teruah)?

The Feast of Trumpets is one of seven annual Sabbath days which God commanded His congregation to keep. In addition to the weekly Sabbath observance required by Exodus 20:11, God (in Leviticus 23) revealed seven of His annual appointed times or feast days which He commanded His congregation to observe. Though two of these seven feast days are not Sabbaths (i.e. Passover & the Feast of Firstfruits), the other five feast days express themselves as seven annual Sabbaths. In relation to God’s religious calendar (Exodus 12:2), the Feast of Trumpets is the fourth of God’s seven annual appointed times. However, with respect to the Jewish civil calendar, the Feast of Trumpets is the first, for it coincides with the beginning of the Jewish new year known as Rosh Hashanah (i.e. the head of the year) which begins on the first day (at the new moon) of the seventh month (i.e. Tishrei). END_OF_DOCUMENT_TOKEN_TO_BE_REPLACED

Unless otherwise noted, all verses below are taken from the King James Version of the Bible.

There is the oft-cited Acts 20:7 which mentions a Sunday evening Christian gathering (which would actually be Monday in Jewish reckoning) where the apostle Paul preached until midnight, but the purpose of this meeting was for fellowship and dinner, hence the term “breaking bread” which is used therein. Sometimes “breaking bread” can also refer to partaking in Holy Communion a.k.a. the Lord’s Supper (e.g. Matthew 26:26, 1 Corinthians 10:16-17). Nevertheless, this biblical phrase, on several occasions including this one (see Acts 20:11), only referred to eating a meal (e.g. Lamentations 4:4; Luke 24:30,35; Acts 2:46; Acts 20:11, Acts 27:33-35 etc.). Another verse often cited is 1 Corinthians 16:2 but this verse pertains to private preparation, doesn’t even mention a Christian gathering, and is therefore wholly irrelevant to the matter of corporate worship. END_OF_DOCUMENT_TOKEN_TO_BE_REPLACED

Unless otherwise noted, all verses below are taken from the King James Version of the bible.

Election According to Foreknowledge is the Key!

Was the Gospel, as the Bible claims (in Colossians 1:23), really preached to every creature which is under heaven? Or should we, like many other Bible teachers, conclude that these words spoken by Paul are merely hyperbole? Curiously, one way to confirm the seriousness of this claim lies in one’s understanding of the doctrine of election. According to the Bible, before Christ created the world, He preserved the names of several people in His [i.e. the Lamb’s] Book of Life (Revelation 13:8; 3:5; 17:8; 20:15; Luke 10:20; Ephesians 1:4; 2 Thessalonians 2:13-14). It turns out that this book irrevocably contains the names of all those who are considered ‘elect.’ Elect is a term which refers to persons whom God has chosen ahead of time to inherit salvation. In Bible verses such as 1 Peter 1:2 and Romans 8:29, the Bible tells us that God’s choice about who to elect were based upon His foreknowledge or His knowledge-known-ahead-of-time. This is a particular and preferred understanding of what is known as the doctrine of election.
(Also see What Does The Bible Mean By Election?, Elect according to the foreknowledge of God & Fore knowledge is a Condition)

Elect according to the foreknowledge of God the Father, through sanctification of the Spirit, unto obedience and sprinkling of the blood of Jesus Christ: Grace unto you, and peace, be multiplied. (1 Peter 1:2)

For whom he did foreknow, he also did predestinate [i.e. elect] to be conformed to the image of his Son, that he might be the firstborn among many brethren. (Romans 8:29)

But what exactly did God know ahead of time and how does this foreknowledge fit into God’s rationale for choosing one person but not another? The Bible tells us that God is not a respecter of persons (Deuteronomy 10:17; Romans 2:11; Acts 10:34) so we know that God’s foreknowledge has nothing to do with one’s physical appearance, nationality or one’s efforts of any sort. If Hebrews 11:6 is right regarding the claim that God rewards those who diligently seek Him, then the only logical and biblical conclusion regarding the criteria which God used when choosing His elect is faith (i.e. whether a person, if given the chance, would obey the gospel). END_OF_DOCUMENT_TOKEN_TO_BE_REPLACED

While I was reading an NPR article entitled: Same Bible, Different Verdict On Gay Marriage I ran across a claim that I have encountered one to many times and that has galvanized me into responding with this blog entry. An excerpt from the article states:

LaBerge resigned her post as minister in the Presbyterian Church (U.S.A.) after the denomination voted last year to ordain non-celibate gay clergy. She says the Bible is clear.

“From the Old Testament and throughout the New Testament, the only sexual relationships that are affirmed in scripture are those in the context of marriage between one man and one woman,” she says.

Actually, the Old Testament does condone polygamy. Still, LaBerge says, from Leviticus to Paul’s writings in Romans and First Corinthians, homosexual acts are called vile and detestable, and legalizing same-sex relationships does not change the sin.

As the author (Barbara Bradley Hagerty) interjects the phrase: “Actually, the Old Testament does condone polygamy,” I am left thinking to myself, Really? Where in the Old Testament is the reader told that God allows polygamy? In Hagerty’s defense, one will undoubtedly find many theologians who utter the same claim without hesitation [7]; but this observation in and of itself does not constitute a proof. To be sure, there are several accounts of Old Testament men who had multiple wives (Genesis 16:3; 25:6; 1 Samuel 1:1-2; 2 Samuel 5:13; Judges 8:30; 2 Chronicles 11:21; 13:21; 1 Kings 11:3 etc.) but then there are also several accounts of Old Testament men who worshiped idols (1 Kings 11:5, 1 Kings 16:30-31, 2 Kings 21:1-3, Judges 2:11-13, Hosea 13:2, etc.). Yet, in light of Exodus 20:1-5 no one in their right mind would claim that the Old Testament condones idol worshiping. The mere existence of polygamous unions in the Old Testament Scriptures is not a rational basis for assuming or concluding that God condoned the practice any more than the existence of idol worshipers constitutes God’s acceptance of idolatry.